Part of the Business Statistics and Analysis Specialization.

Confidence intervals and hypothesis tests are very important tools in the business statistics toolbox. A mastery over these topics will help enhance your business decision making and allow you to understand and measure the extent of ‘risk’ or ‘uncertainty’ in various business processes.

This is the third course in the specialization “Business Statistics and Analysis” and the course advances your knowledge about Business Statistics by introducing you to confidence intervals and hypothesis testing. We first conceptually understand these tools and their business application. We then introduce various calculations to constructing confidence intervals and to conduct different kinds of hypothesis tests. These are done by easy to understand applications. 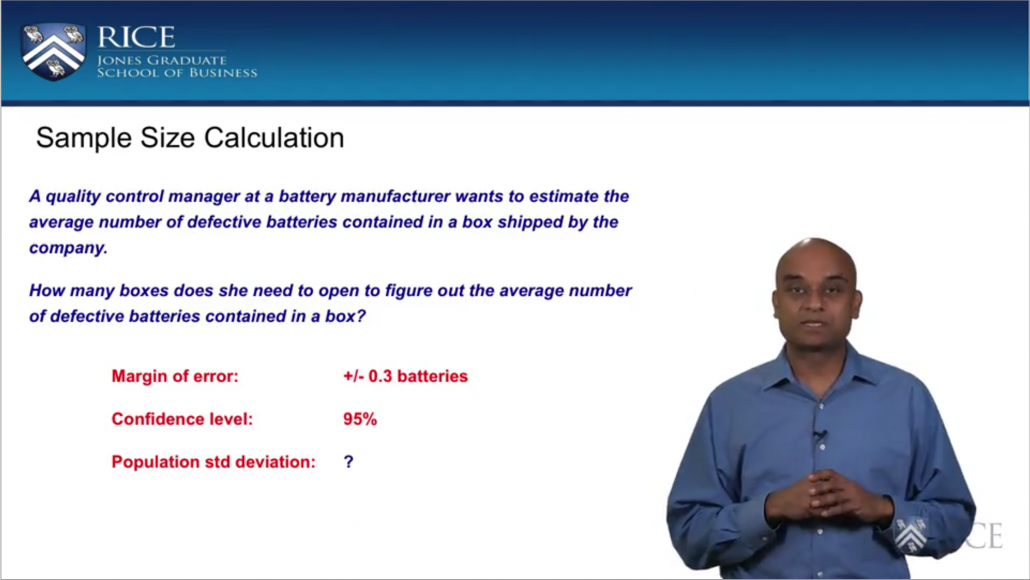